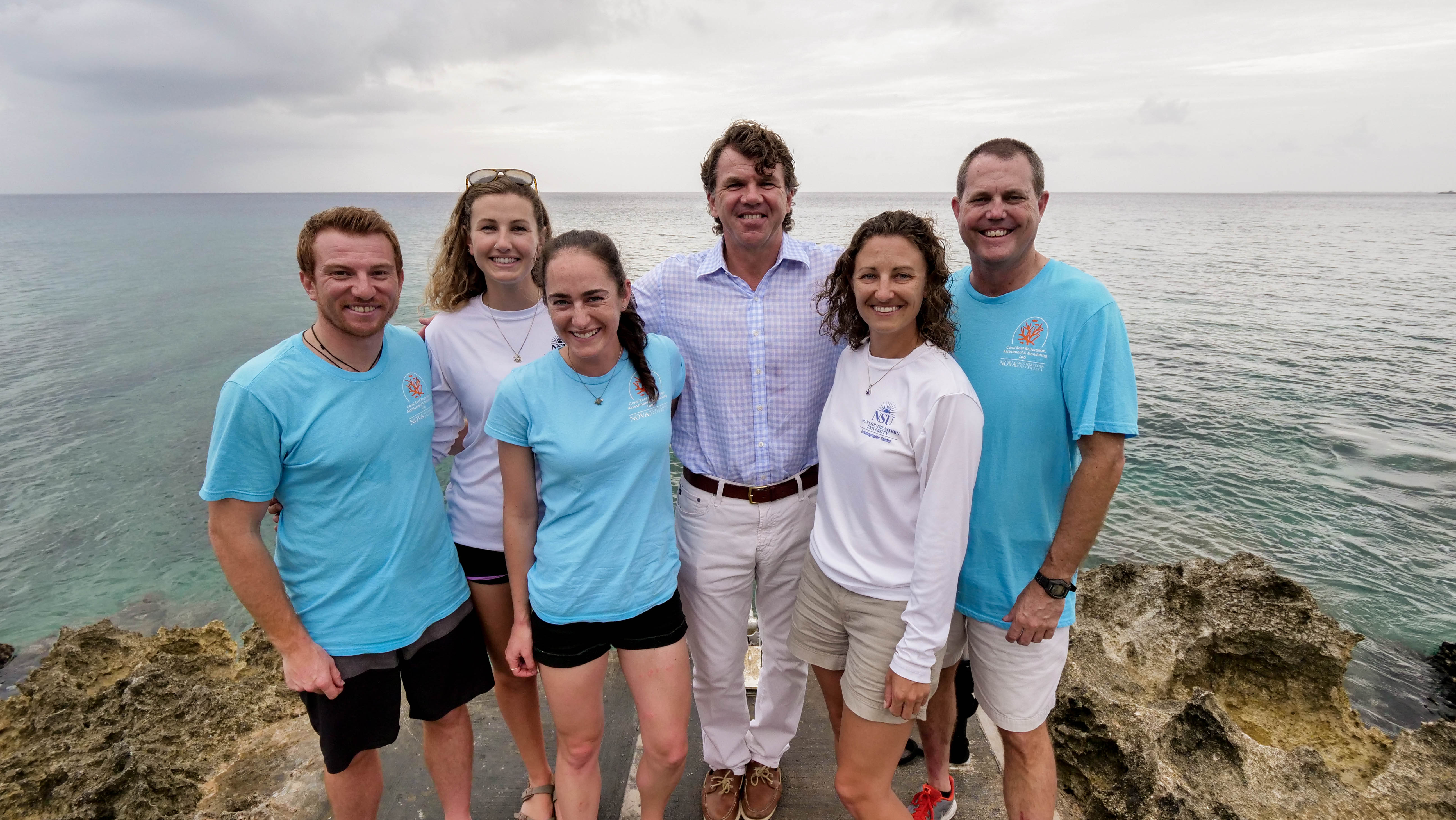 How Cayman Islands Developers are protecting the ocean

The shoreline of Grand Cayman is dotted with large condominium buildings overlooking the pristine Caribbean waters.  From the 1980s to today, real estate development on the waterfront has gone from quaint 3-storey complexes to 10-storey structures.  The impact on the island has been significant for all sectors, and it goes without saying that the benthic regions have also felt the effects of construction and a growing population living on the shores.

Development can hardly be stopped, but what if development was part of the solution and a source for change and positive impact?  The developers of FIN Grand Cayman, Mike Ryan and Dale Crighton, saw an opportunity to be a positive influence and with the help of conservationist Guy Harvey, marine biologists at Nova Southeastern University, Bennington University Marine Biology department and local dive team Divetech, they realized a program that will provide long-term funding for the conservation of our beautiful backyard – the Caribbean Sea.

Developer and adventurer Mike Ryan has, from a very young age, sought out activities that had an intimate connection to the natural world, giving him an innate understanding of his own impact every time he enters the water, whether it be diving, surfing, or sailing.  This deep connection to the marine world, has instigated a personal and professional obligation to be an environmentally responsible developer.  Dale Crighton, born and raised on Grand Cayman, lived as a child on the site where FIN now sits, and also shares a deep connection to the sea with a strong understanding of the importance to protect Cayman’s shores for today’s and for future generations.

The opportunity to truly make an impact was obvious when FIN development talks began.  The location of the project, south of Grand Cayman’s capital, George Town, is one of the most beautiful areas for observing marine life. The shallow water seascapes are close to the shoreline making it a snorkeler’s dream.  The marine connection at FIN is so central to its lifestyle, that protecting it was a natural decision. The thinking, as Mike Ryan explained it was, much like we pay taxes to maintain our roads, it made sense to create a long-term funding program to protect and maintain the property’s backyard. Why don’t we do this through a monthly strata allocation of 1%, along with bespoke programs designed to involve both the FIN residents and the larger Cayman community.

The FIN Environmental program is designed to monitor the health of the reef and revitalize it where possible.  Through the documentation of long-term trends in the condition of the coral reef habitats we can actively improve the condition of select habitats. Long-term monitoring of the nearby coral reef habitats will also include restoration activities at specific sites. Restoration may include a variety of activities and will initially include the enhancement of staghorn coral, Acropora cervicornis, populations working in partnership with a local staghorn coral nursery.

In an effort to encourage and instill good stewardship of all coral reef and marine life off our shores, the FIN team are collaborating with local dive team DiveTech and the Department of the Environment, to create learning opportunities for FIN owners as well as opportunities for all Cayman residents. If we put enough resources and collaborative opportunities behind this program, we can turn the tide and replenish reefs faster than they are disappearing.

Recognizing that there would be potential impact on the immediate marine environment, the initiative was launched before and carried on through construction, with a careful study and monitoring program for marine environment in front of the project, combined with monitoring of the impacts with a plan for coral regrowth.  The Bennington Team was here as part of their larger Cayman studies in 2016 and 2017, the Nova Southeastern University Marine Biology team, along with helping to create the technical side of the program, visited FIN on three occasions between 2018 and 2020 to carry out monitoring activities, discussions with the local environmental body and workshops at local schools. 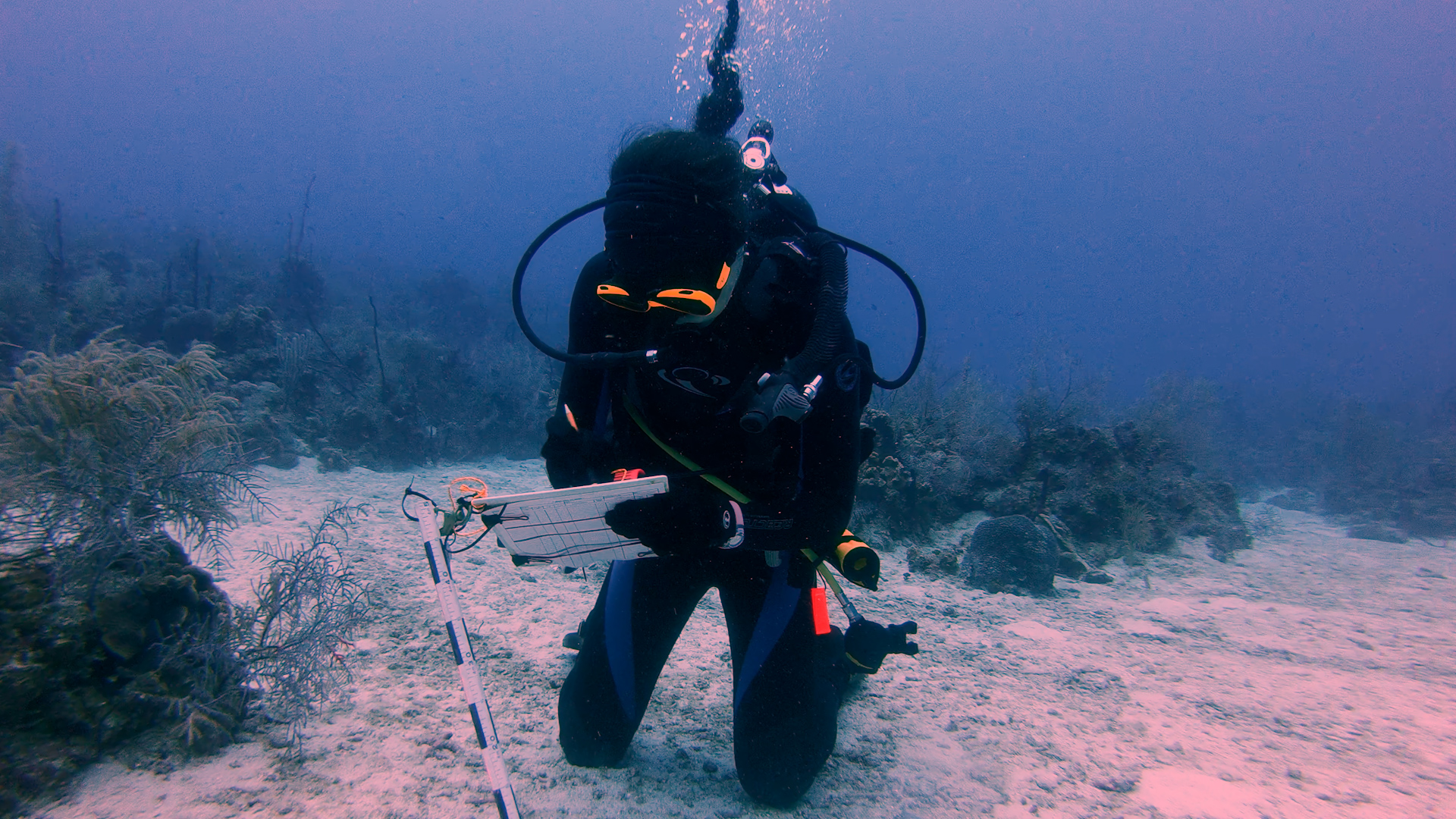 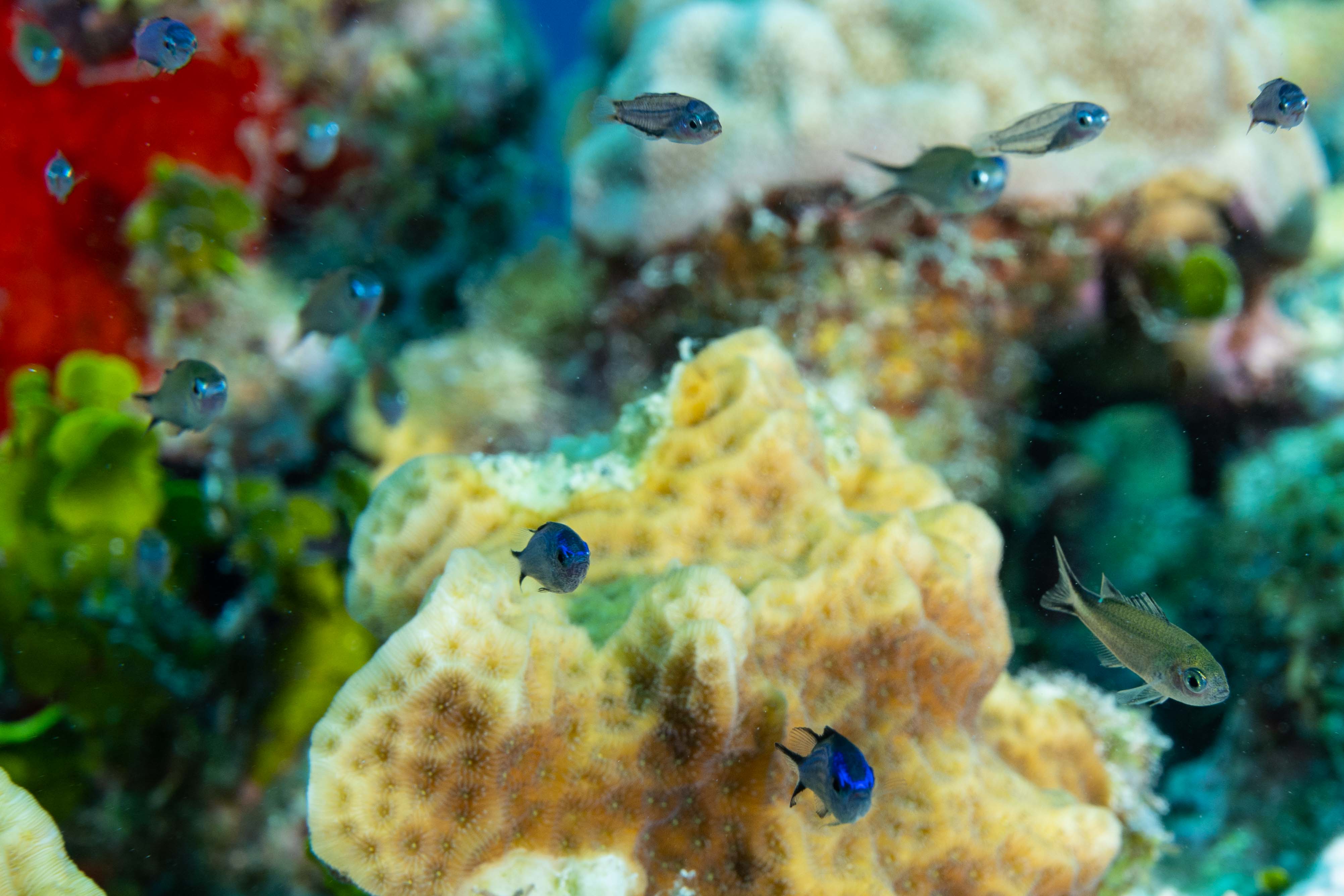 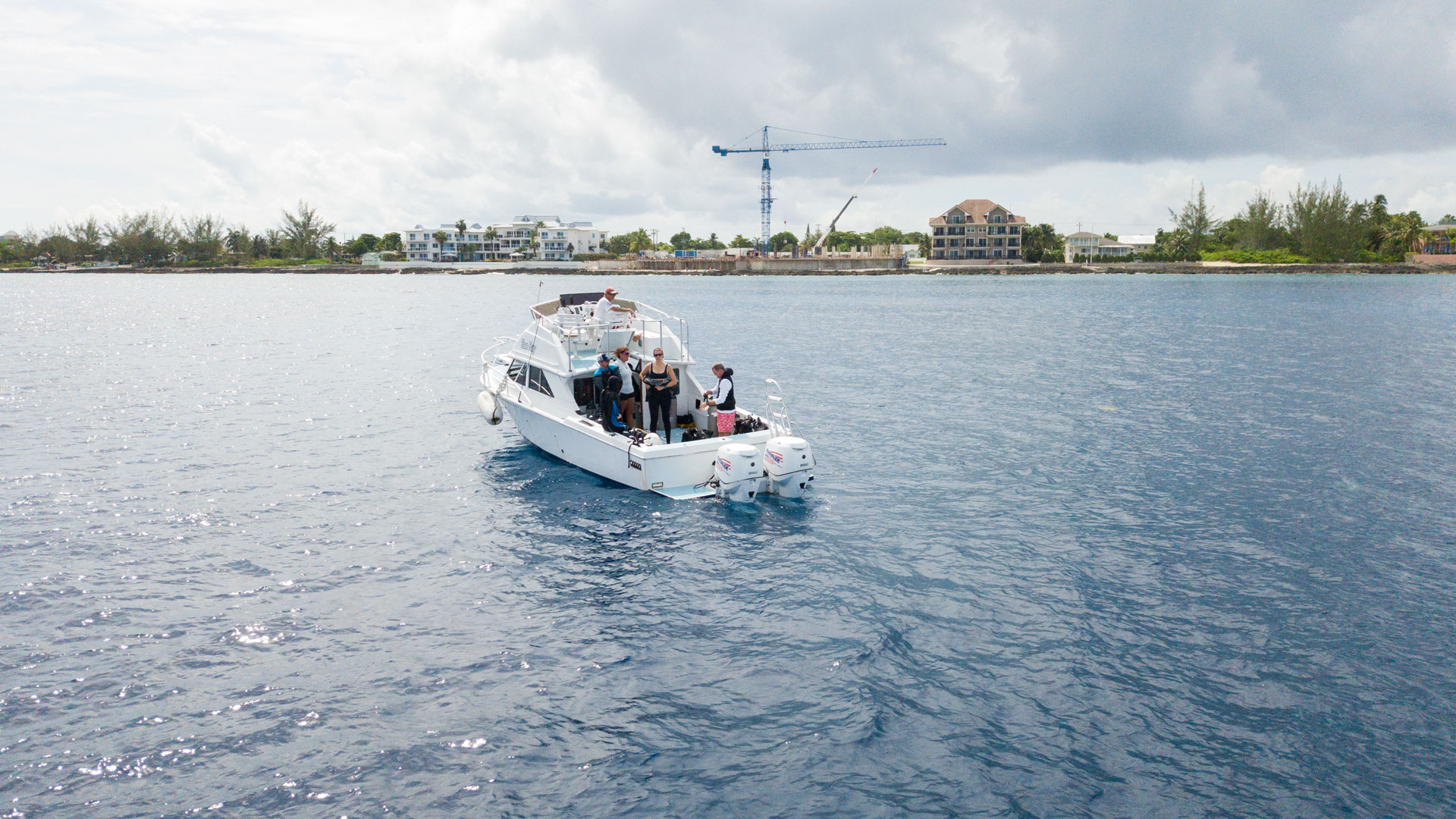 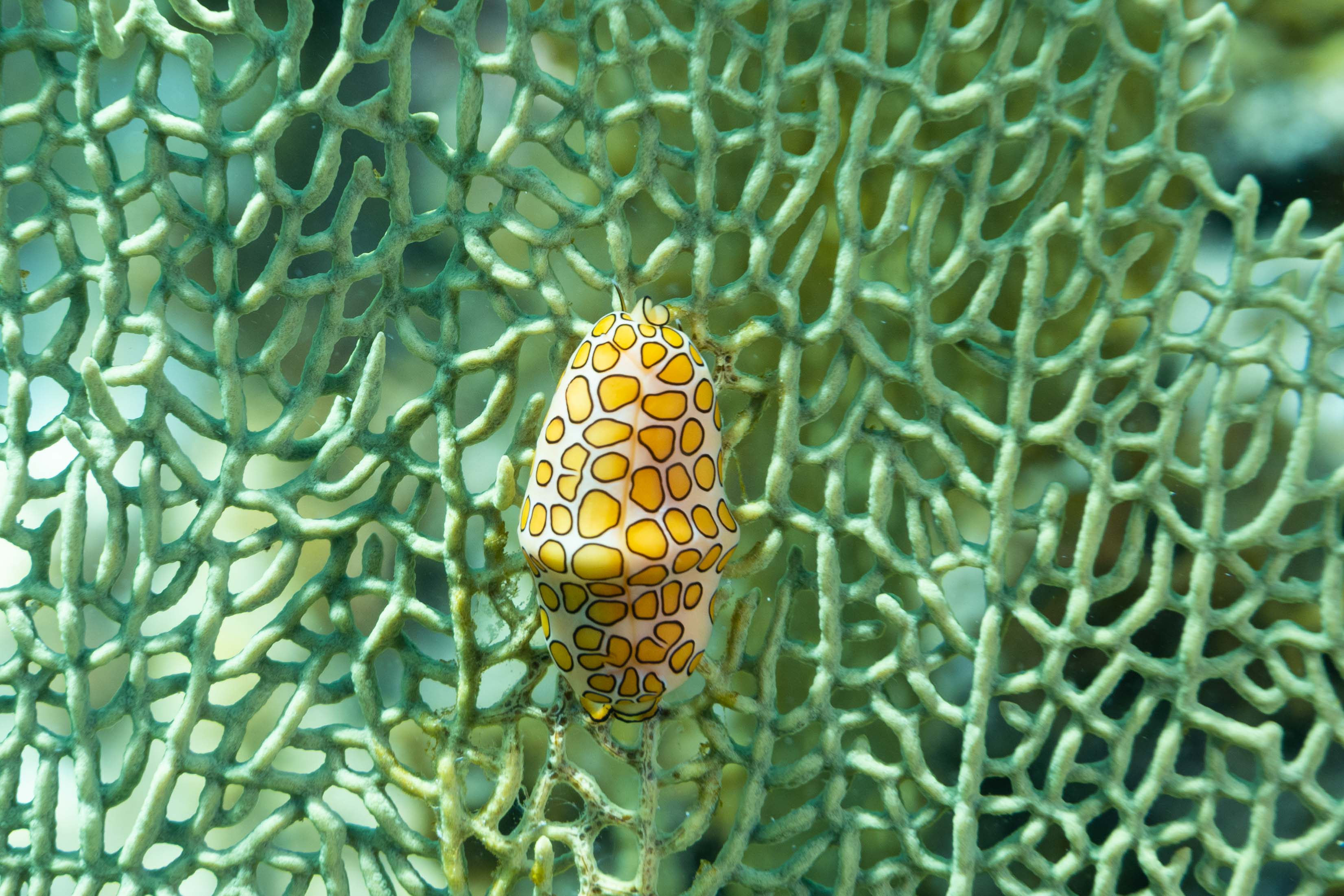 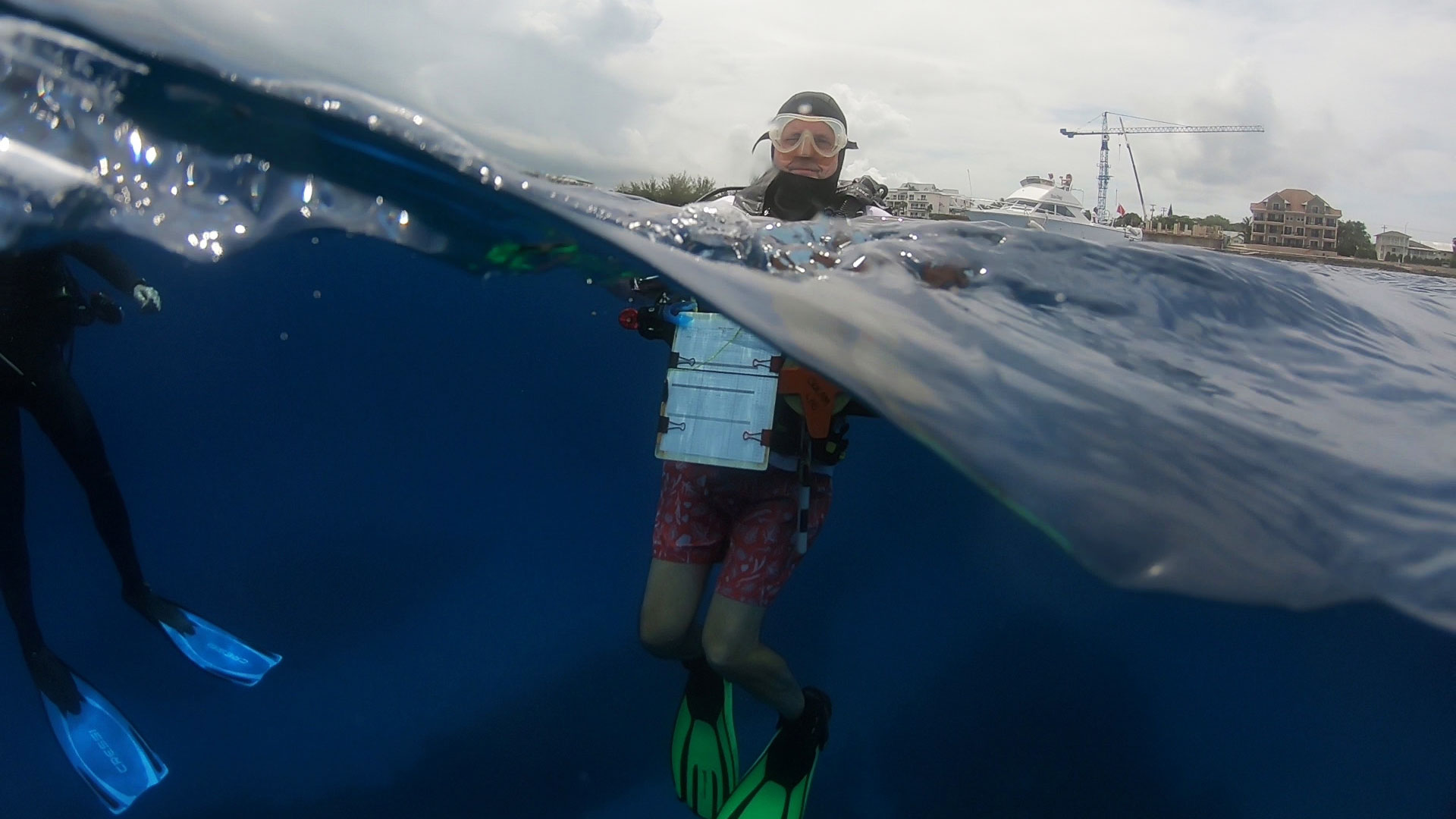 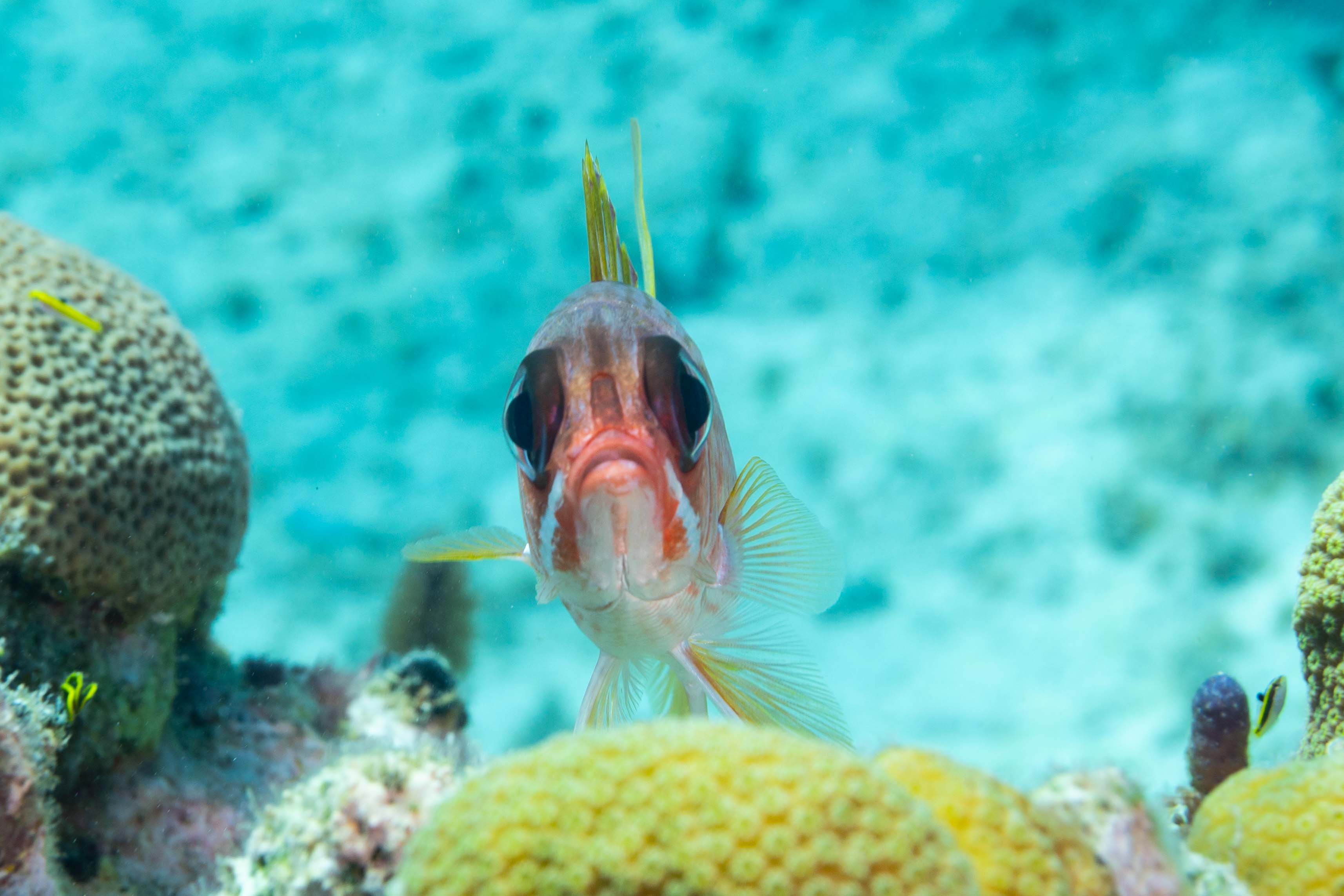 The pandemic and closure of the island unfortunately made it impossible for the marine biology team to return in 2021, but luckily the DiveTech team stepped in to carry out monitoring, lionfish culling and debris collection.  DivetTech proved to be invaluable, and at a time when dive companies were struggling due to the island’s closure, FIN was able to provide them with much needed work and useful time in the water.  Even developer Mike Ryan and his daughter Fiona, a highly skilled dive instructor, joined in to inspect the conditions and collect any debris they found as well survey the area offshore FIN.

Afterall, if you are buying property for the million-dollar ocean views, it just makes sense to take the practical steps to ensure that the views below water, are just as wondrous as those above.